A filmmaker on a spiritual path struggles to understand his philosopher father, who denies the existence of God.

Philosopher’s Paradise
Can a philosopher save the world from evil?
Can a son save his father’s soul?

A California filmmaker keeps visiting his Warsaw based father, a Polish philosopher, creator and self-styled prophet of Universalism, a theory through which he attempts to save mankind from itself!

He attracts international supporters and critics triggering heated debates on how to overcome the evil of the world. The son is torn between his feelings toward the father and the criticism of his views.

Venice Beach, California, Niagara Falls, Krakow, Auschwitz, and the September 11shock are the background for a struggle between the mystical and rational, between believing in and denying God. Can the struggle unite father and son? 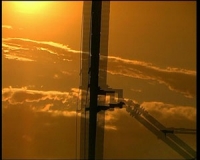 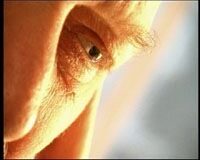 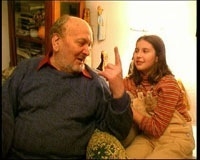 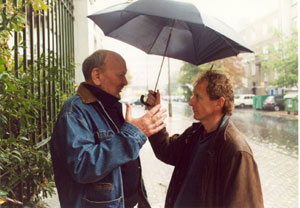 “Pawel Kuczynski, a Polish-American filmmaker, has created a very nice film about contemporary philosophy. Mixing personal documentary, as in Ross McElwee’s works – “Sherman’s March,” now “Bright Leaves,” and a sense of drama as in the Canadian feature, “The Barbarian Invasions,” this super-home movie is about a father and son and the family, as are McElwee’s films. (…)
I found this wonderful little film on the International Documentary Association website.” – Nov. 30, 2004. Steve Fesenmaier, WV Library Commission Film Services 1978-99. Film reviewer, Graffiti film reviewer, 1994-present

“A 50-minute film about metaphysical philosophers may sound dry, but the reality is anything but. There are tender moments between father and son, light moments when the philosopher’s young niece declares that what she really wants to do is study dolphins, and any number of attempts to tackle life meaning. ” – Scott Rochat, Emporia Gazette.

“I saw your documentary on Monday and enjoyed it very much. It was beautifully conceived, filmed and edited, and I especially liked your imagery for Plato’s Cave Parable. (….) I did think the scenes depicting your and your cousin’s relationship with your father were truly human, in the tradition of such great directors as Krzystof Kieslowski whose work I admire.” – Gila Sher

written and directed by
Pawel Kuczynski